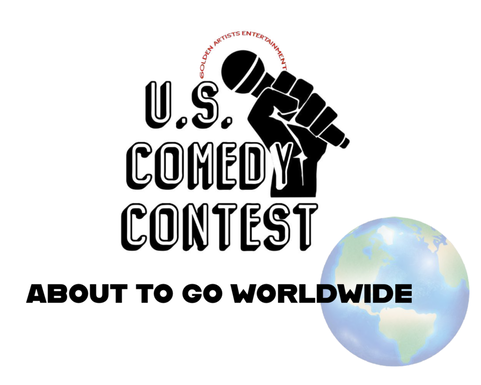 Produced by Rebekah Kochan and Dante
and Golden artists entertainment

Dante has been a professional comedian for 35 years. He's opened for Richard Pryor, Robin Williams and more. He has performed for more US troop than any other comedian except Bob Hope. He was a top 10 cast member on NBC's Last Comic Standing! He holds the record for winning the most B.E.T. Comedy Awards. He was the Abbot at the Friars club.

Rebekah was the comedy host of the AVN awards on showtime to over 40 million people. She has been a comedian for over 15 years. She is a B horror movie star and a Gay Icon from her role as Tiffany in all the Eating Out comedy films.

Dante and Rebekah tour all over the world together 40 weeks a year,
​and they were both Joan Rivers writers for E! Fashion Police.  They also own Golden Artists Entertainment and are always looking for new clients.

﻿The contest this year﻿

The live contest will start again in October 2022.

It will be have weeks of preliminary rounds, A wild card week, and a semi finals, and the finals. ALL LIVE SHOWS ARE AT THE COMEDY CHATEAU in N. Hollywood.

All preliminary rounds, the semi finals and finals are judged

IF you compete this year and place 2nd, 3rd, or possibly 4th, you have made it to the Semi Finals on January 8th

IF YOU COME IN FIRST PLACE IN PRELIMS THIS YEAR, YOU ARE IN THE FINALS!
January 22nd!


Because of the success of last years online contest we will run an online contest at the same time! IF YOU ARE OUT OF STATE OR CONTRY YOU CAN NOW WIN!!


Sign up info at the bottom of the page! 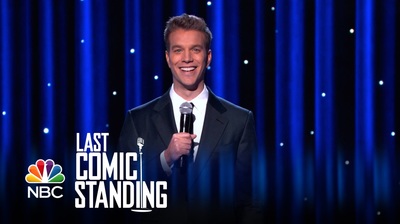 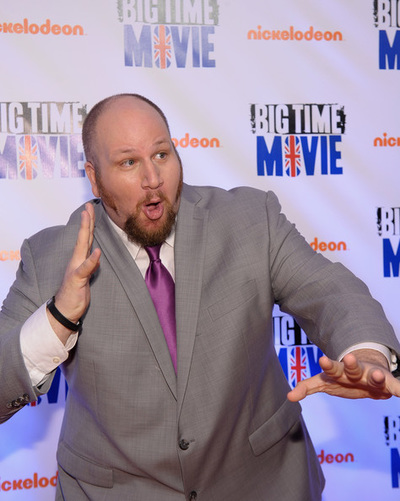 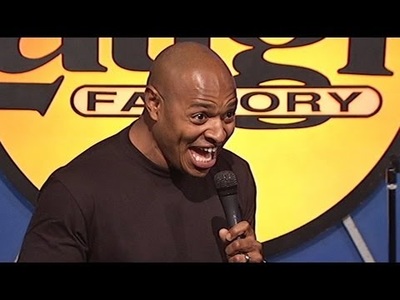 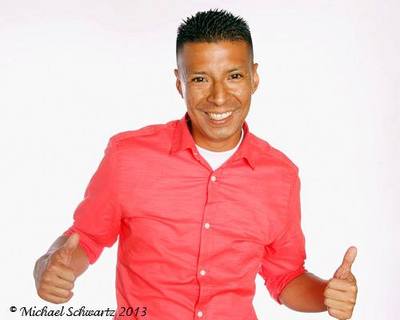 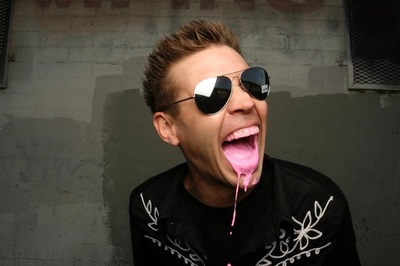 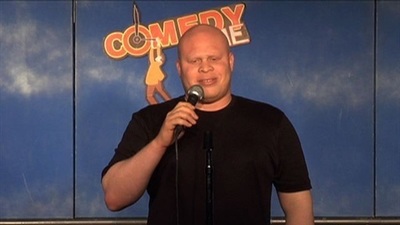 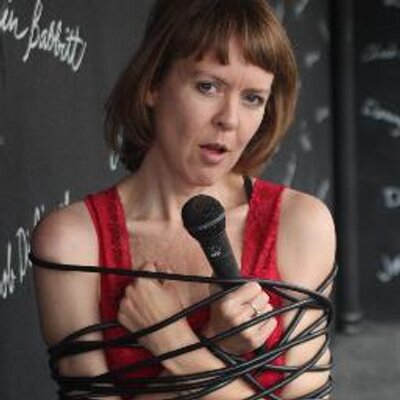 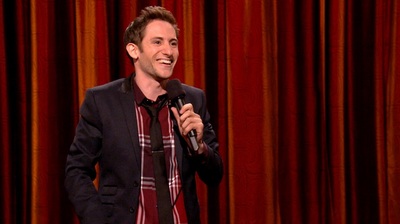 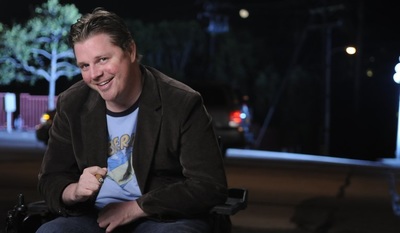 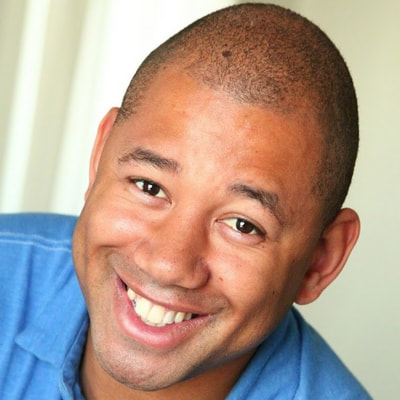 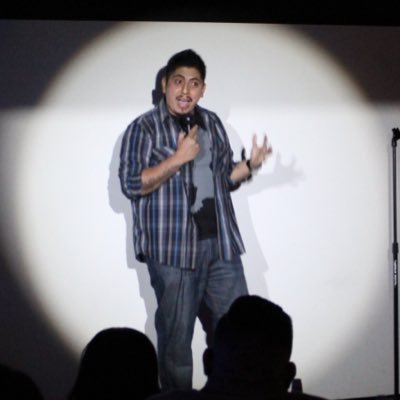 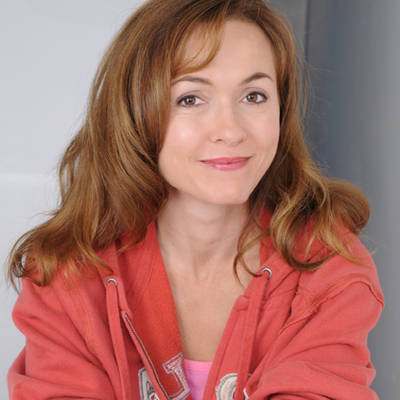 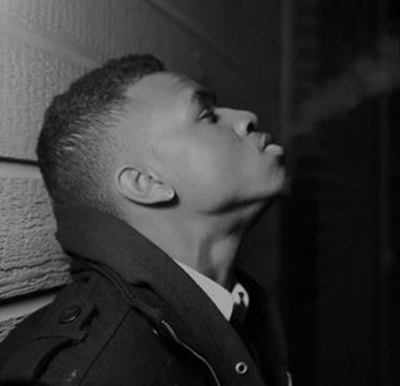 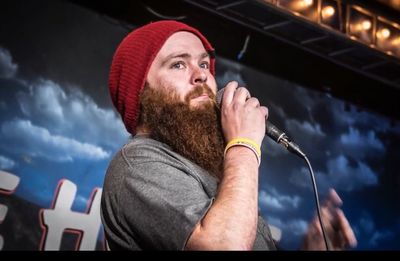 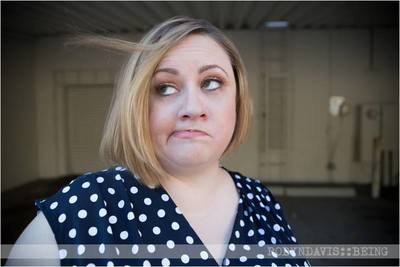 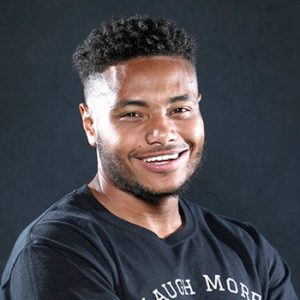 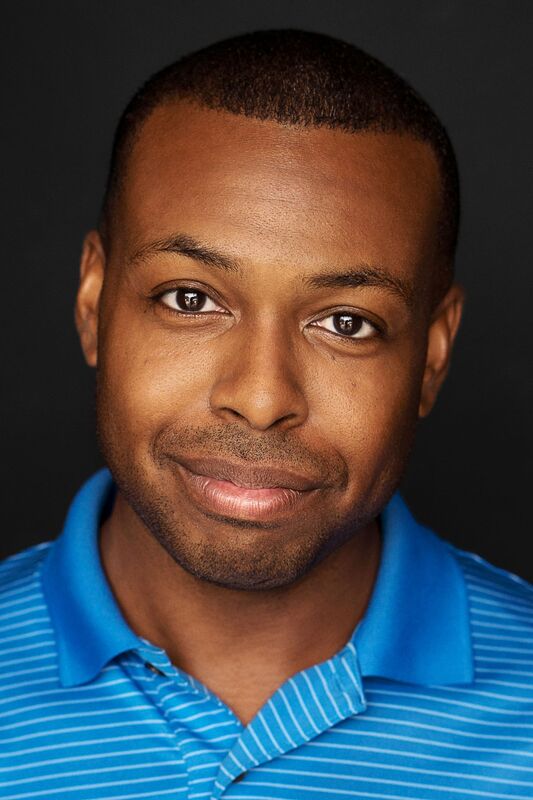 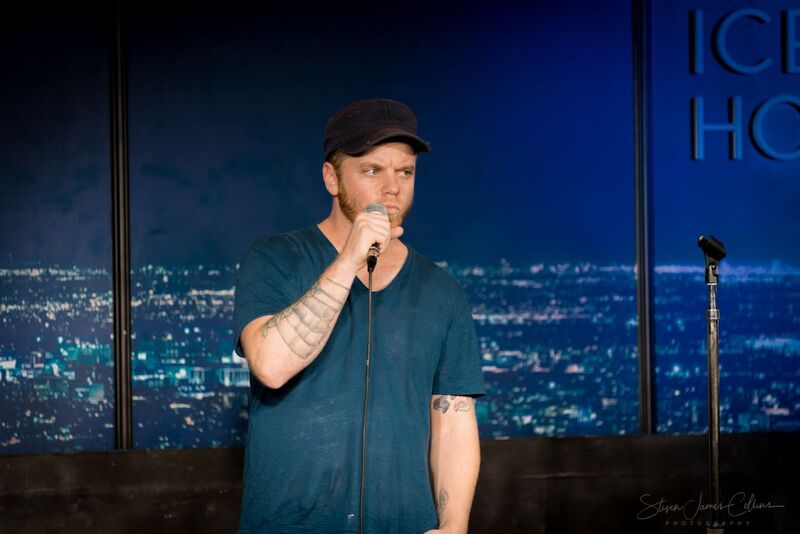 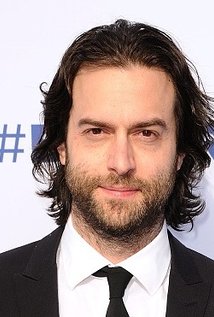 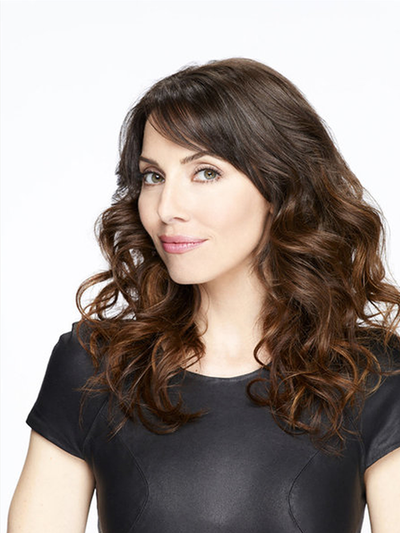 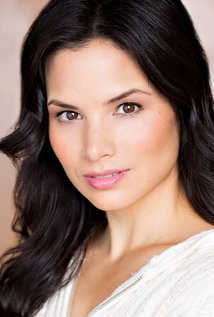 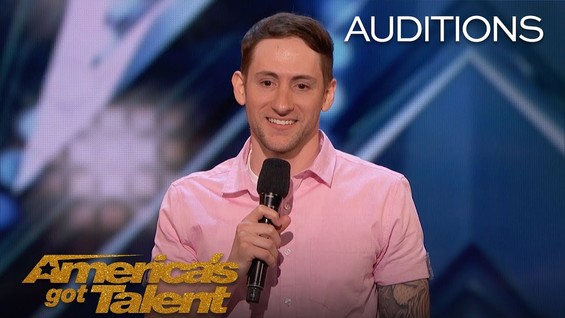 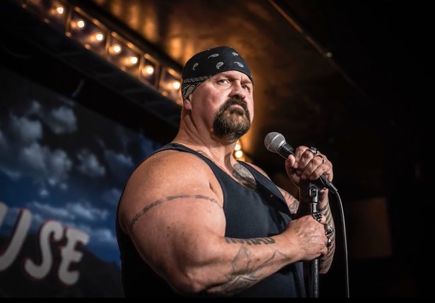 
​ANNOUNCING THE 19thANNIVERSARY of


​This is the biggest comedy contest in the US. Unlike other contests, this one is only held once a year and has the respect of comics and the industry!

ALL SHOWS WILL BE STREAMED LIVE FROM THE CLUB EACH NIGHT. Separate ticket sales TBA!

Past winners have gone on to doing big movies, star in sitcoms, reality shows, playing the road and even starring on Broadway!
We invite tons of industry and many comics who win or don't win receive many offers from agents and managers!!! The producers also Manage people and have picked up many new clients from this contest.

Here is how it works:

YES YOU MAY SIGN UP FOR BOTH LIVE CONTESTS AND THE ONLINE CONTEST!

All preliminary rounds until the semi finals and finals are judged live by judges or the audiences watching the zoom show at the end of the shows. Anyone watching those shows can vote once. Including producers.

The Contest's preliminary rounds will be held on multiple nights at THE COMEDY CHATAEU in North Hollywood, and online on ZOOM! THIS YEAR THERE IS NO AGE LIMIT FOR ONLINE SHOWS!

JUDGES AND CONTEST RULES
this year all of the preliminary rounds will be judged by celebrities, comics and Ent. industry and on Zoom it is the audience via text. T


All preliminary rounds until the semi finals and finals are judged by celebrities, comics and Ent. industry and on Zoom it is the the audiences watching the zoom show at the end of the shows. Anyone watching those shows can vote once. Including producers.

Judges are made up usually of Industry professionals, Celebs, Past Winners, Headliners and sometimes random audience members with no affiliation with comedians.
There are usually 3-12 judges per night. Past judges have included Jan Smith the booker of the Ice House, Producer of ROSANNE Allan Stephan, Malika Kinison (Sam Kinisons widow), Sherri Strain producer of over 40 films, Frank Kelly owner of the Jon Lovitz Comedy club, Rowdy Roddy Pipper from WWF/WWE (RIP), Kid Reed of Kid and Play, Stephan Isreal producer of the film Swimming with Sharks, Agents and Managers and tons of comedy bookers, to name a few.

This year the Owner of the club and booker will be at all the live shows!!

FOR THE LIVE SHOWS
Judging is based on 4 category’s,
1. Stage Presence
2. material
3. audience response
4. Judges own opinion.
They are instructed to give 1-5 points to each comic in each category. The most points you can earn per judge is 20 points.
Comics in the 2 year and under category are given 3 minutes and in the headliner it is 5 minutes. You may go over you time by 59 seconds, however you will be deducted 4 points from ever judge for every minute you go over your time. NO POINTS DEDUCTED FOR GOING UNDER YOUR TIME! This year the audience may also have a vote say on the winners. We are working on this.

You may sign up for THE WILD CARD night if you do not make it your first time. I highly recommend signing up for one of the 1st nights of the contest in case you want one more shot. If you re-sign up then you have to buy in again. If you make it to the finals or Semi Finals there are no more sign up fees! As long as there are spots open, you can resign up.
​
THE WILD CARD SHOW IS FOR THOSE PEOPLE WHO HAVE ALREADY ENTERED THE CONTEST AND DID NOT MAKE IT..
​
IT IS A $35 SIGN UP FEE ONLINE , WITH NO MONEY GOING TO WINNERS THAT NIGHT. THE PRIZE FOR THAT NIGHT IS THAT 1ST AND 2ND PLACE WINNERS FROM THAT NIGHT GO DIRECTLY TO THE FINALS AND SKIP THE SEMI FINALS. MONEY FROM THIS SHOW IS NOT PUSHED TO THE FINALS AND DANTE AND REBEKAH ARE ALLOWED TO JUDGE THAT NIGHT ONLY. However they never have.

This Contest is produced by DANTE (Last Comic Standing, BET's Comic View, writer for Joan Rivers, Director of the films Bro What Happened? and UNFALLEN, Headliner for 30 years.) and Rebekah Kochan (star of over 20 horror films, Gay Icon, Comic host of the 2014 AVN awards, movie producer, writer for Joan Rivers). Together they own GOLDEN ARTISTS ENTERTAINMENT. It is a full service Ent. Company that makes films, books live acts and Dante manages comedians, actors and celebrities. They are not allowed to vote as judges in the contest. (Except on the wildcard night) Their role is to produce the contest, settle disputes in judging and make sure the contest is the most fair contest possible.

Comics on the shows must be at all shows 1 hour prior to sign up and draw for spots. You may be disqualified if you miss sign ups. You will be disqualified if you are late to semi finals or finals! NO EXCEPTIONS HAVE EVERY BEEN MADE!
​
Comics must be at the zoom show 1 hour before start time. This is when we draw randomly for spots. Please promote and remember they will cancel our night if we don't get an audience in the comedy club and online promote because the audiences vote this year during all preliminary rounds up until the finals.

Some comics may be added to the contest or Semifinals or Wild Card depending on if they win sister contests. Like the WORLD SERIES OF COMEDY!

Shows begin at 6pm PST, contestants MUST be on ZOOM by 5pm.

Guest tickets are only $5 dollars per person. Semifinals are $10 and Finals are $20.

Promote and invite people or you will perform to comics and Judges only!. or your night may be cancelled.


IF YOU ARE IN THE FINALS you must be present or on zoom an hour before to draw for spots or you may be disqualified.


If you do not get passed your first night, you may sign up again for the contest, but you must pay fee again.
If you register and miss your spot when the emcee announces you, you will be disqualified that night and will lose registration money. Believe it or not, people have run off to do another spot or went to the bathroom and lost their spot in the contest.
You must follow the rules of the club and of the state. No drugs or fighting will be allowed. No destroying of stage or club will be allowed. If the bar or club throws you out for any reason you lose your spot and registration fee.
Money, registration and prizes
To sign up for the contest please send an e mail ASAP to Dante@goldenartistsentertainment.com ONLY!!!!!!!. Titled CONTEST SIGN UP

Let us know your if you are online or Live, full name, phone number, category ( 2 year and under or headliner) and that you have read all the rules. And most importantly PICK A DATE and let us know! TITLE YOUR EMAIL : COMEDY CONTEST SIGN UP If you are paying your entry fee by paypal or Venmo in advance, do it first, then send the email to us stating you have paid at paypal. Please do this all together as its too confusing to have you sign up then pay later by paypal. Or VENMO @Dante-Rusciolelli

Entry fee is $35 in advance by paypal and must be paid as you register for the contest. Paypal address is dante@comicdante.com. Or VENMO @Dante-Rusciolelli

Comics if you cancel your spot 72 hours before your contest you will be returned your entry. Or if you need to switch days later, you may as long as that date is still open!

$25 will be taken out of the contest money each night at the live shows to pay the Emcee and on Zoom, So winners each night will have this subtracted from winnings.
(We like to pay people)

Trophy for live shows only,


A  gig to the 1st place winners at Canyon Cowboy
in Canyon Lake California produced by Melissa Greenberg
http://www.thecanyoncowboy.com/events#event=6534556


This is the biggest and most respected comedy contest in the U.S., so please sign up early as we always are over booked!!!!! You DO NOT need to be from the united states to enter!

SOME COMICS MAY BE ADDED TO THE SEMI-FINALS OR FINALS FROM WINNING QUALIFYING COMEDY CONTESTS THAT WE PARTNER WITH.

COMICS!
FOLLOW and TAG us on twitter
@USComedyContest
@REBEKAHKOCHAN
@DANTETHECOMIC
@GoldenArtistsLA
@thesecretcomedy
​
Please promote the show that you are on. The size of the audience will depend on the promotions of the comics. OR YOU WILL BE PERFORMING FOR JUST JUDGES!!!
​IT IS YOUR RESPONSIBILITY TO KNOW WHAT TIME TO BE AT THESE SHOWS.
​
ALL SHOWTIMES & TIMES TO DRAW FOR SPOTS ARE LISTED ON THIS SIGHT. DON'T WAIT FOR OR EXPECT AN EMAIL. YOU ARE RESPONCIBLE FOR YOU ONCE YOU SIGN UP!

YOU ARE RESPONSIBLE FOR FINDING OUT WHEN AND WHERE TO BE!!! Each year comics show up at the shows at showtime and expect to go up. Nope. You missed out! Sorry not our fault. YOU DRAW FOR SPOTS SIGN UPS ARE NOW OPEN!

January
22 Saturday Finals https://www.thecomedychateau.com/tickets​
Because of the success of last years online contest we will run an online contest at the same time! IF YOU ARE OUT OF STATE OR CONTRY YOU CAN NOW WIN!!

​​To sign up for the contest ...
1. Please send an e mail ASAP to Dante@goldenartistsentertainment.com
ONLY.

3. Let us know your full name, phone number, Email, category (2 year and under or headliner) and that you have read all the rules. Also let us know if you have paid $35 by PAYPAL or VENMO! 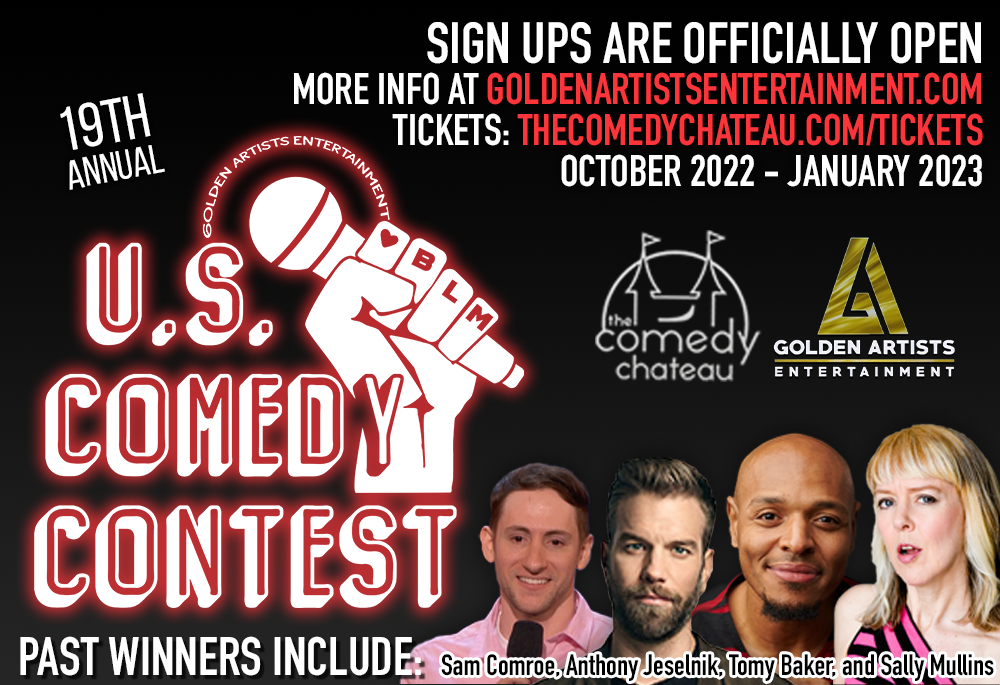