Dante Rusciolelli and Rebekah Kochan are the married CEO's of
​Golden Artists Entertainment.

Rebekah is in charge of Productions, film, TV, Comedy specials and all live events.

Dante heads up the booking agency and Management side. 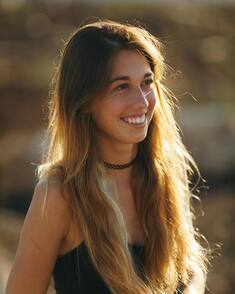 ​Brittney is a talented creative who has done a lot since coming to California from Hawaii. After achieving her bachelor's in Film from the University of California, Irvine, she became a talent manager for GAE for more than two years. Since then, she has become an integral part of putting together The Portland Comedy Festival, and is about to make her directorial debut this year with GAE's upcoming comedy specials.
Brittney is a hard working, go getter that will never give up. 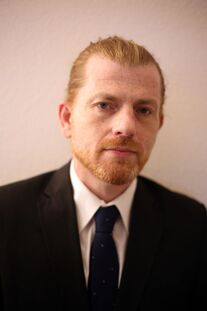 John brings twenty-plus years of experience in representation to the table. A Talent & Literary Agent for the first half of his career. Management and production for the second half. John has worked with many of your favorite stars, as well as guided new talent and/or unproduced writers into game-changing deals. John@goldenartistsentertainment.com

Rachel Ward has been in the entertainment industry since her teens. She found a love for performing young and has two albums on Spotify and Apple Music. She has studied film/theater/acting, set design/production, marketing and communications, and has a degree in Songwriting & Music Business from The University of Utah. Her experience prepared her for booking (etc.) roles with LiveNation/House of Blues, S&S Presents, and various record labels through the years which, naturally, have expanded to other facets of the entertainment industry such as GAE!”
​ rachel@goldenartistsentertainment.com 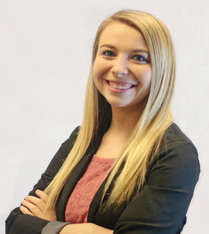 Holly is a small town Kansan breaking into the big world of entertainment. She’s a recent graduate of Colorado State University, where she earned her bachelor’s degree in journalism and media communications with a minor in film studies. She has professional experience crafting published work for several marketing clients and writing for comedy projects on the side. Holly has also interned for professional theatres, starred in local television commercials and worked as an attractions cast member at Walt Disney World. She’s excited to use her spunk and passion to book incredible gigs for her talented clients.
​ Holly@goldenartistsentertainment.com

Credere Joseph is a Talent Manager who's behind the camera experience has helped him develop a keen eye for top tier talent. He has built a small yet dynamic client list that is regularly working in Film, Television and Commercials. He is always looking to break new stars and deliver his client’s high level exposure and new lucrative opportunities through his many industry connections.
Credere has been Producing, Writing and Directing TV and Film projects for the last ten years. As a screenwriter he has completed numerous scripts for feature length, shorts and documentaries. Several of his episodic scripts have been optioned for television. In 2014, he made his introduction into producing independent films with the comedy feature film Hay Days. The film's World Premiere took place at Mann’s Chinese Theatre in Hollywood at the Dances With Films Festival. Nominated for best feature, it went on to be further acclaimed at the Madrid International Film Festival, and the Beijing International Film Festival. Credere is a Graduate of Xavier University of New Orleans and California State University Northridge where he received an M.F.A. in Screenwriting.
​credere@goldenartistsentertainment.com

With years of experience as a booking agent and having 2 children personally in the tv/film industry, she has knowledge on what it takes to succeed.

Starting off as a booking agent for Golden Artists, John quickly moved up the ladder and is now a client favorite!
Johnk@goldenartistsentertainment.com 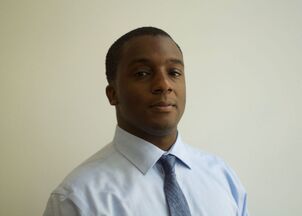 Jeremy has an interest in developing new talent. He joined Golden Artists with the goal to help bring timeless masterpieces to life.
​Jeremy@goldenartistsentertainment.com

Noah brings a breathe of fresh air to Golden Artists Entertainment. Growing up as one of Jerry’s kids, Noah found his passion for Hollywood by being exposed to media by being the spokes child for the Muscular Dystrophy Association. He has been featured on television, magazines, stickers, food advertisement to launch his career. Noah is also a proud writer for Hollywood Insider, bringing education and gripping storytelling to all aspects of film and television. His unique perspective and talents are sure to be remembered will be a great asset to the GAE family.

Vickie Adams began her film journey in 2013 working on various movies and televisions sets. Adams soon caught the "acting bug" but found her passion behind the camera and assisting others with auditions and casting. Adams began writing, directing and producing her own content several years later. Adams is EP on the recent movie "Redeemed" that has been distributed by BET+, AppleTV and Amazon Prime. Adams is looking forward to bringing her skills to Golden Artist Entertainment clients. Charlie grew up in England where he would perform improv and write sketch comedy, later graduating with a BS in Film Production from the University of Greenwich in east London. Now residing in Los Angeles, he spent time working for a couple independent production companies, learning how to find quality among the qualified.

Marco Zucchini was born in Scottsdale, Arizona and lived there his whole life, until he moved to Flagstaff in 2016 to attend college at Northern Arizona University. Being a student of film his whole life, he graduated in 2020 with a Bachelors of Science in Creative Media and Film with an Emphasis in Independent Filmmaking. Shortly after graduating, Marco moved to Los Angeles to pursue a career in
film. Since moving he has worked as everything from a PA to a theatrical talent agent. Marco enjoys writing, reading and watching movies in his spare time.

Laura is a lifelong Angeleno, who's passions include music, art and fashion. They have a strong work ethic and are ready to use that dedication to help clients succeed. They are very excited to start working for Golden Arts Entertainment!

Bill Moore is a New York City based comedian and writer. He is a founding member
of the sketch comedy groups The Flavor Department and Dave’s Friends. Dave’s
Friends is the winner of the 2019 Sketch Comedy Championship in LA. For many
years, Bill has been the personal assistant to the comedian Chuck Nice. He also
worked as a production assistant for the “Man on the Street” segments of the late
night talk show StarTalk with Neil deGrasse Tyson. He is also the Co-Host of the
podcast/radio show HackThought. Serving as his primary videographer and editor.
Bill is excited to join the GAE team!

Sarika Mande is graduating with a BFA in Acting and minor in marketing. In addition to acting for the stage, Sarika has also worked as a producer of the podcast “Beyond the Square” and is a member of her theatre department’s improv team “The Cal State Fool-A-Tons”. Comedy has always been a passion of hers and she is eager to put her skills to use at
​Golden Artists Entertainment.

I know how hard it is to book in this business. To follow your passion you need a support team and that's what we do.